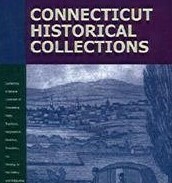 During the early nineteenth century, John Warner Barber, an amateur historian, an engraver and a printer, traveled around Connecticut sketching town greens, hotels, schools, churches, and harbors. He collected local history during his travels and immersed himself in the works of such noted historians as Dr. Trumbull. From these labors he produced Connecticut Historical Collections. The first popular local history published in the U.S., the book sold 7,000 copies in its initial year even though it cost $3.00, an average weeks pay. Many of the remaining antique copies of Barber's books have been "broken" so that the engravings could be removed and framed. Now, with this facsimile edition, readers can once again enjoy Barber's beautiful engravings as well as his entertaining histories of Connecticut towns.